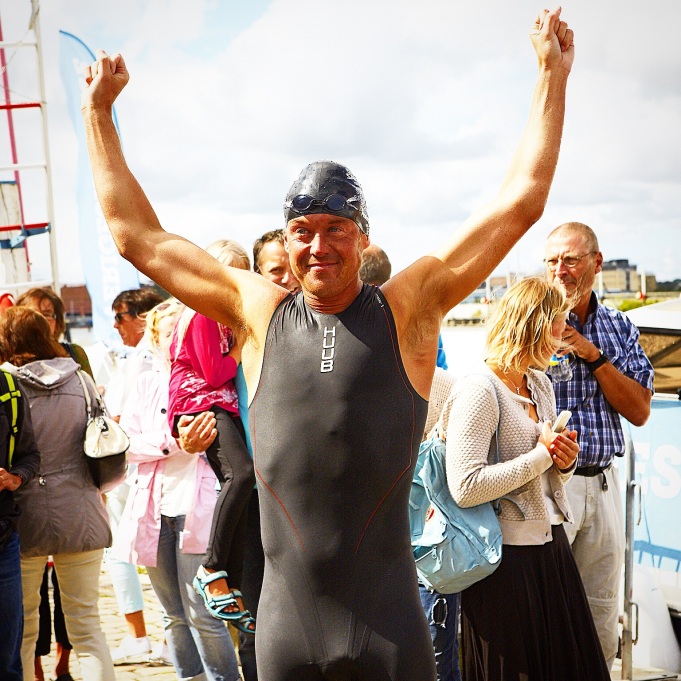 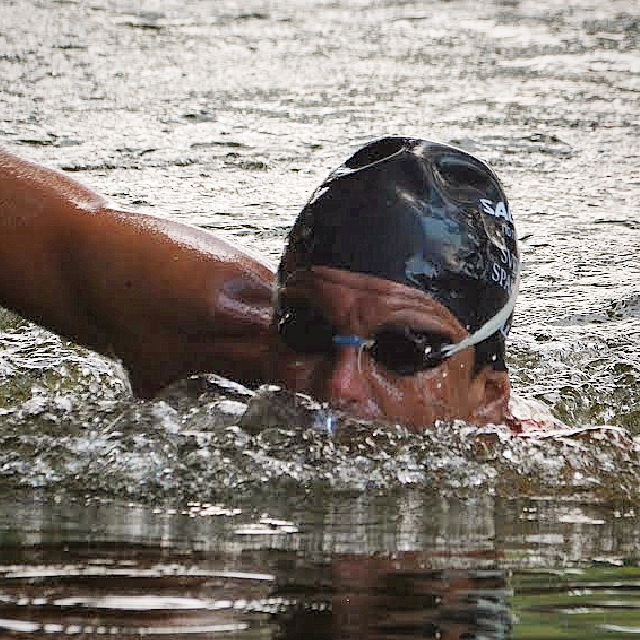 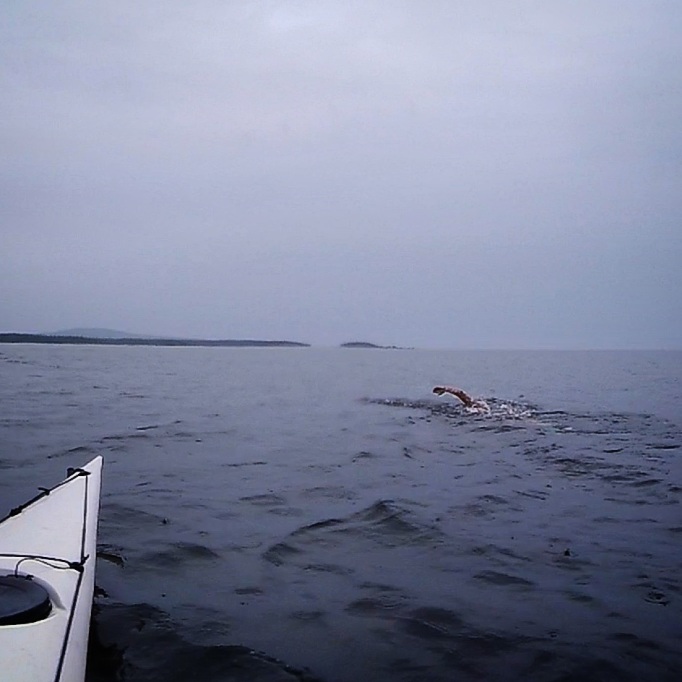 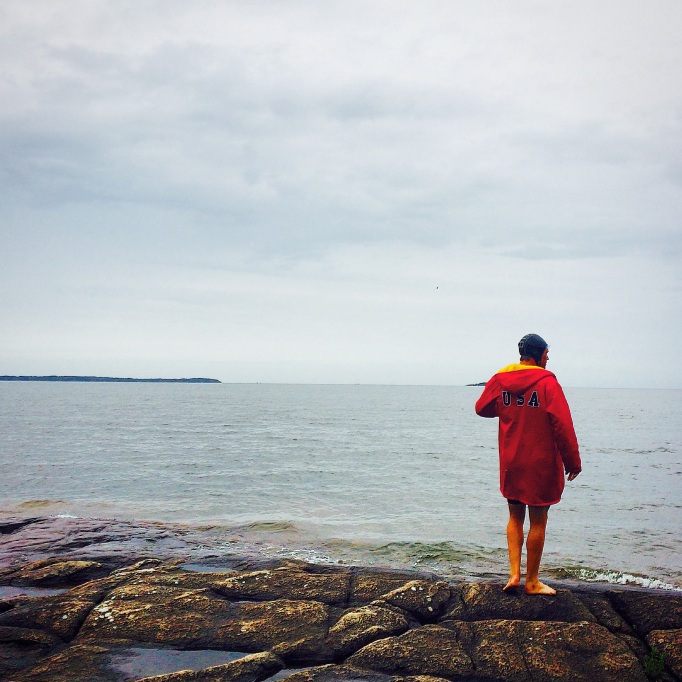 Doing it is what gets it done.

I´m swimming across Sweden right now. In six weeks I´m trying to cover over 600 kilometres of open water between Stockholm on the east coast to Gothenburg on the west coast, You can read the first three updates including movies here, here and here, (there´s a movie at the end of this update as well)

Swimming in Göta Kanal, the man made canal from 1832 that is part of the major waterway that binds the east- and west coast together.

The water is actually really clean even though it looks brownish:)

My swim is a charity project aimed at raising funds for WaterAid, an organisation that works to provide clean water and sanitation for the billion people in the world lacking the human right that we all take for granted.

I´ve now covered some 470 kilometres (Aug 5th) in 31 days including three days of rest. It´s been hard from day one. And that´s why it´s worthwhile doing. It´s been hard or very hard. And I´m really tired right now. I´ve swum in the Baltic Sea, in and across major lakes (between the canal), through rivers and aforementioned canal. It´s all still water until the final 80 k´s where allegedly there´s a nice current pulling me along. Allegedly, that is. We´ll see:)

It´s been pretty rough at times when the wind most days have come from the side or the front. It comes with the territory though and there´s a special feeling of accomplishment pushing through adverse conditions. One great thing though has been the warm weather and the way-above-average water temperatures!

A few days have kicked the living daylights out of me. This particular day a few stages ago left me for dead at the end. 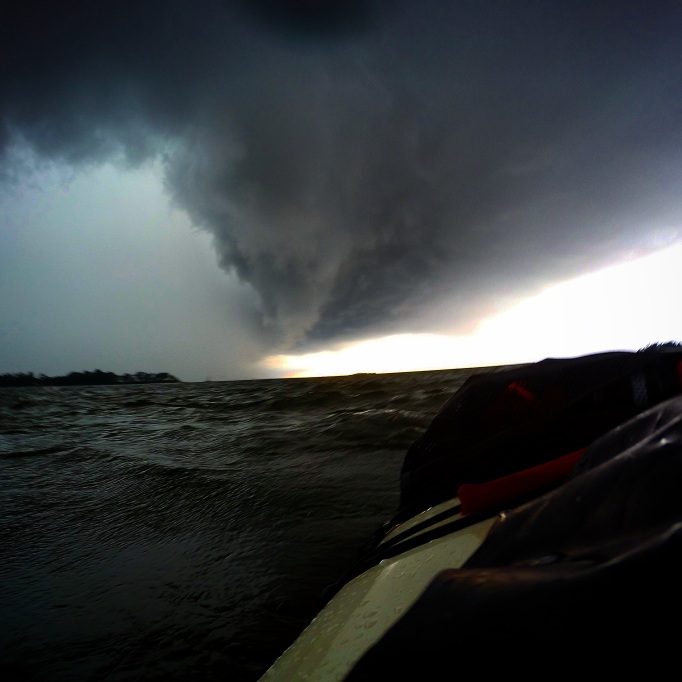 Swimming into a vicious thunderstorm that unleashed hell on us! We survived:)

I love swimming every day and I love using my body as a vehicle for exploring. Exploring the waters. Exploring my country. Exploring my limitations and my possibilities. And being able to use it for something good.

But at this point it also hurts a bit. And there´s quite a bit of strain to get going every day and just moving forward. But I´m trying to get it done stroke by stroke, stretch by stretch and stage by stage. And that´s how doing it get´s it done.

At day 31, swimming towards the horizon has become normal.

Always swimming to something in the distance…

If I manage to follow my schedule I´ll reach Gothenburg on August 15th but in my mind and in reality there´s still a damn long way to go. Even when things fall apart around me I try to treasure the moment (it´s hard;) because I know I´ll miss it like hell once I´m done.

It´s all about the journey. 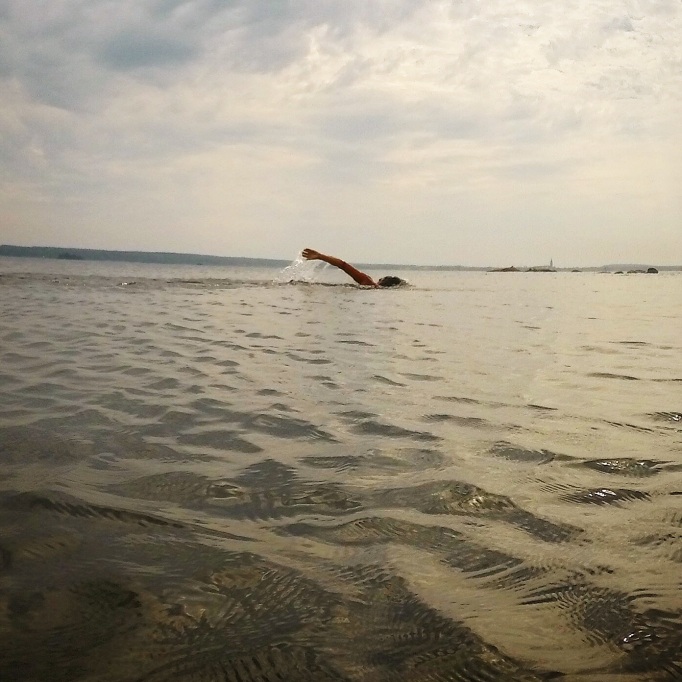